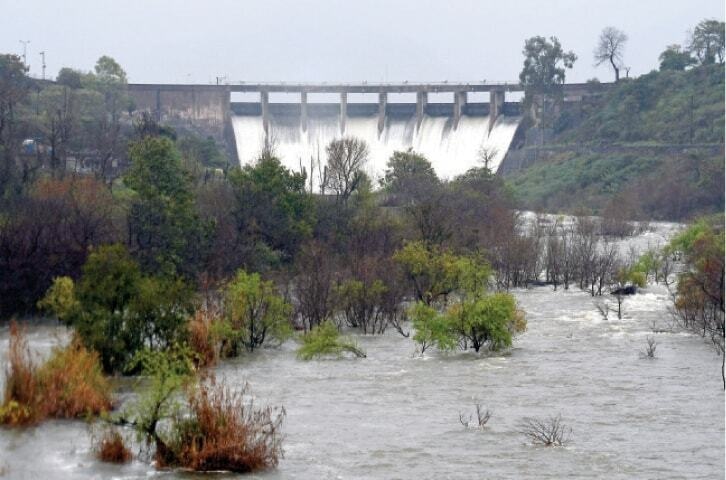 A project of the Capital Development Authority (CDA) under which sewage treatment plants (STPs) were to be installed in the catchment areas of Rawal Dam is in doldrums after the validity of the financial bid expired.

The CDA had opened financial bids of the environmentally-friendly project in June last year, which aimed at eradicating contamination from Rawal Dam.

According to the plan, the plants were to be set up in lower Shahdara, Bari Imam and near Banigala as in their absence, Rawal Dam receives untreated sewage from unplanned localities in the catchment areas.

The tentative cost of the project is Rs3.9 billion which is to be shared by the federal and Punjab governments under 64 and 36pc ratio, respectively.

The CDA officials said the PC-I was prepared on the direction of the Planning Commission as an Engineering Procurement and Construction (EPC) mode project, which meant that its design and engineering were to be handled by an EPC contractor.

They said after awarding tender, the civic body was supposed to get approval of the revised PC-I from the Planning Commission. However, an objection was raised by the Pakistan Environment Protection Agency (Pak-EPA), which stated that the environmental impact assessment (EIA) of the project had not been carried out.

As a result, the PC-I was approved after much delay, but in the process, the bid’s validity period expired last year.

“Due to the objection raised by Pak-EPA on the environment impact assessment, we were unable to give a go-ahead to the contractor and in the meantime the bid’s validity period expired. Now, we are mulling for re-tendering,” CDA spokesperson Syed Asif Raza said.

Recently, the CDA had requested the interior ministry to take up this issue with the Planning Commission.

In his letter, the member engineering informed the interior ministry that the bid validity had already expired, proposing that either the CDA be allowed to execute the project or tenders be called on EPC mode with the condition that the EIA be delayed till the contractor was on board.

The CDA member, in his letter, also explained the reasons behind the expiry of the bid’s validity.

The letter stated that the project was approved by the Central Development Working Party (CDWP) in November 2019 at a cost of Rs3971.3 million with directions to execute the project on EPC mode.

“The Planning Commission further directed to come back to CDWP after tendering the same on special EPC mode for cost approval. Subsequently, the CDA was given a go-ahead by the Planning Commission/CDWP along with the respective budgetary support for implementing the project,” read the letter, adding that the project was tendered by CDA and the PC-I was revised and placed before the planning authorities for cost approval.

“Unfortunately at the time of approval, the requirement of EIA was raised by Pak-EPA and the entire bidding process was abandoned.

Pak-EPA was part of the entire approving process and such requirements were never raised before by it (project itself meant to mitigate environmental pollution),” read the letter.

Thereafter, the member said several meetings were held with the Pak-EPA director general and they were requested time and again to delay the EIA approval till the EPC contractor was on board as EIA was to be based on the design that would be made by the EPC contractor.

EPA is also reluctant to consider the STP-I located near Bari Imam on the plea that the area is encroached upon by locals, the letter stated, adding that the Planning Commission had been requested to consider the project keeping in view hyper-inflation including expiry of the bid validity period due to abnormal delays related to approval of the revised PC-I. However, the CDA could not get approval of the revised PC-I.

The completion time of the STPs is 14 months and they will treat around 9.6 million gallons daily (MGD).