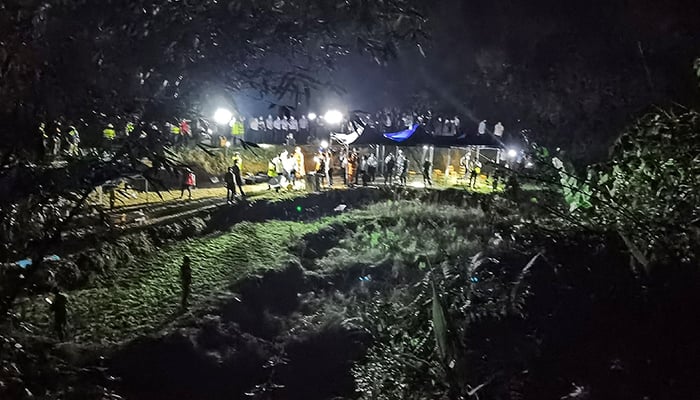 Heavy rains on Wednesday hampered the recovery of a China Eastern jet that nosedived into a mountain with 132 passengers on board, a disaster that has mystified crash investigators who are yet to locate the black boxes.

Three days on from Monday’s crash and there are no signs of survivors, yet officials have refrained from declaring all of the passengers dead, in what is almost certain to be China’s deadliest plane crash in nearly 30 years.

Hundreds of firefighters, officials and volunteers have scoured the rugged terrain near Wuzhou in southern China for signs of the 123 passengers and nine crew on board the ill-fated flight MU5735, which crashed on Monday afternoon after losing contact with air traffic control.

Aviation investigators say they need the flight recorders on the Boeing 737-800 before they can assess why the jet plunged.

On Wednesday, rescuers were forced to pause the search as rains raised risks to teams working in a zone marked by pulverised bits of metal, debris and charred belongings.

A reporter for state broadcaster CCTV given access to the crash area said there were risks of “small-scale landslides” as the rain had destabilised the steep slopes.

“There is a huge pit at the crash site caused by the plane… there is a lot of water in the pit,” the reporter said, adding drainage work may now be needed before the search “for missing persons and for black boxes” can resume.

President Xi Jinping was swift to order a probe into the crash, dispatching senior Communist Party officials to the scene, including close aide Vice Premier Liu He.

The Civil Aviation Administration of China has said it will conduct a two-week safety inspection across the industry.

Authorities have sealed off access to the crash site and blocked foreign media from speaking to the distraught relatives who have gathered in Wuzhou.

At a roadside checkpoint on the north of the crash site, officials — some wearing military fatigues — ushered a convoy of government-marked vehicles into the restricted zone, an AFP reporter said, as around a dozen people in civilian clothes stood off to one side, some linking arms.

Until then, “we are unable to make a clear judgment on the cause of the accident,” Zhu Tao, director of the aviation safety office at China’s aviation authority, told reporters.